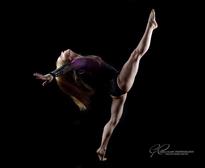 Having just finished an impressive club career as a former elite and top level 10, WOGA’s Lauren Farley is now an incoming freshman at Michigan. In 2017 though before heading to Ann Arbor, Farley impressed throughout the season, putting up a huge 9.9 on vault for first at the Texas Prime Meet, continuing her strong vaulting with a third place finish at the WOGA Classic and at her Texas state meet. Farley also shined on the balance beam and in the all-around, taking first on beam at WOGA Classic and state and second at regionals and JO Nationals, while also finishing second all-around at state and third at JO Nationals. Farley’s best all-around score of the season was a strongly impressive 38.675, from the Dallas, Texas native.