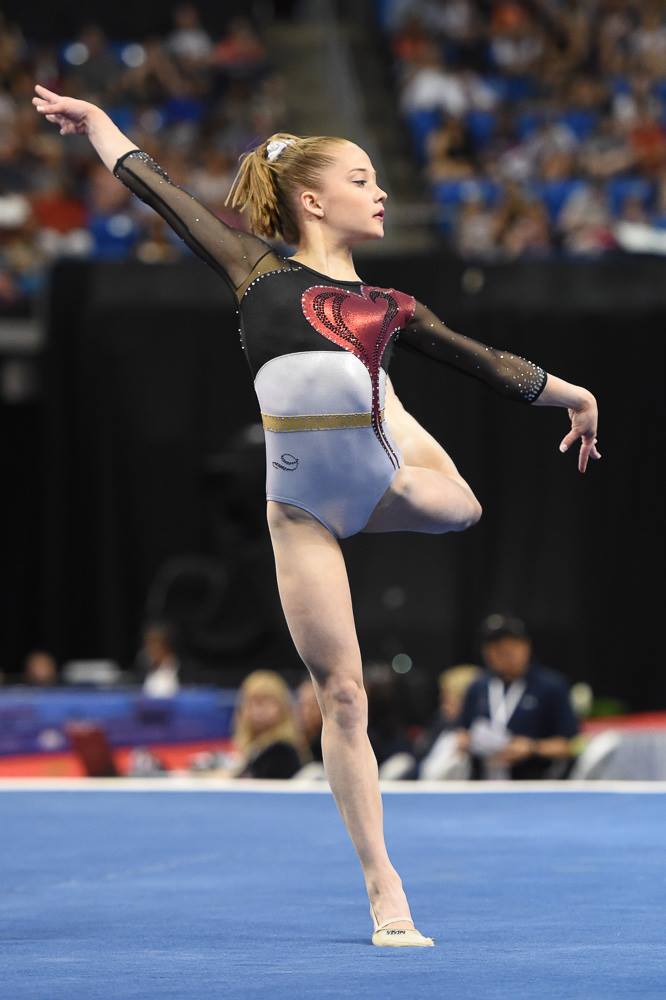 Lauren was 3 years old when she started gymnastics, and quickly found her passion in gymnastics. During the 2008 Summer Olympics, she was glued to the TV, wearing a USA leotard, and singing the national anthem during Shawn Johnson's gold medal performance. Just a year later, she met Shawn at the 2009 Visa Championships. She began competing as a Level 4 just after she turned 6. She advanced through the JO levels each year. In 2013, she began attending the US Women's Team Developmental Camps at the Karolyi Ranch. She qualified as a HOPES elite in 2014, and attended the 2014 Secret Challenge in Chicago, where she earned 2nd place on beam. She continues to train for elite competitions, and hopes that someday she will wear the red, white and blue and compete for the United States in international competitions. When not in the gym or attending home school co-op with her friends, Lauren enjoys arts and crafts, pop music, hiking and biking outside and playing with her Bengal cat, Zeus, and Labradoodle puppy, Athena.

Fun Facts About Me