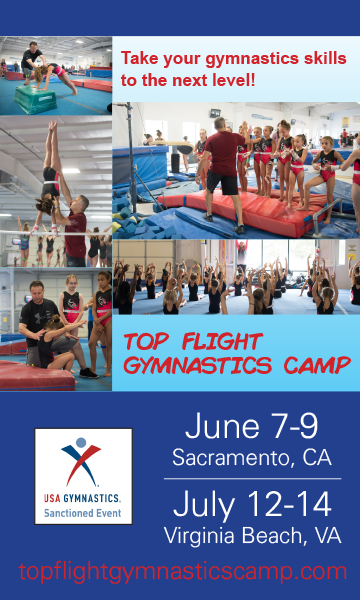 Congratulations to these girls for being awarded Top 5 of the International Gymnast Magazine Gymnast of the Year! 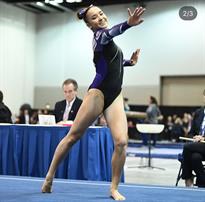 The sister of London 2012 alternate Sarah Finnegan and committed to LSU just like her elder sibling, Aleah Finnegan out of GAGE in Missouri is a beautiful gymnast, with her elegant lines on balance beam her signature. Finnegan posted her season-high all-around score at her final meet of the 2017 season, winning first all-around at JO Nationals with an impressive 38.300 overall and a second place finish on the vault and balance beam as well. Finnegan is 14 years old and from St. Louis, Missouri. 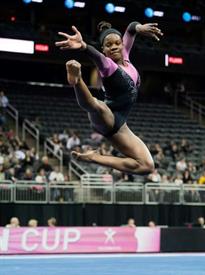 Amoree fell in love with gymnastics at an early age. While her mom worked in the front office of a local gymnastics club, Amoree would be in the gym flipping on and off the equipment, and learned a back handspring when she was just three years old. By age 4, she was on the competitive team. Since then Amoree continued to reach or surpass her gymnastics goals, winning the All Around at JO Nationals in 2016 and most recently verbally committing to the University of Oklahoma on a gymnastics scholarship. 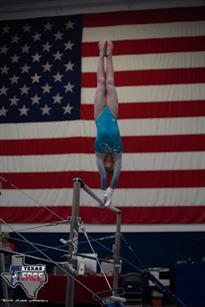 Ashlee started gymnastics in a mom and tot class when she was 18 months old. Full of energy and never afraid to try something new, she quickly advanced and started competing Level 3 at age 6. Ashlee also enjoyed dance and took 5 years of ballet. However, once she started HOPES training, a decision had to be made and chose to continue in gymnastics.

In 2019, Ashlee had just turned 12 and was starting her first year of Level 10 and plans to qualify HOPES 12/13. She was thrilled to be attending developmental camps and meeting amazing girls. Ashlee's first Level 10 meet was Texas Prime where she won 1st AA, 1st Vault, 2nd Bars and 3rd on Beam, but most important she qualified for Legendz! A fun exhibition meet. Level 10's second meet for her did not go as well. After the second rotation, Ashlee was injured on beam and unable to complete the competition. The injury turned out to be a severe bone bruise that sidelined her for 4 weeks. 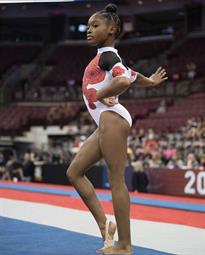 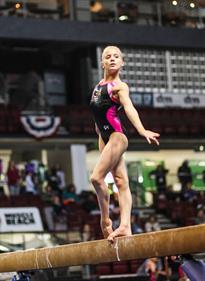 Madison Raesly-Patton was born on July 17, 2004 to Amanda and Shea Patton. Madison began gymnastics at the age of 9 when she took an introductory class at WOGA Frisco. On the second day of practice, Madison was moved up to the intermediate level, and by the third day she was moved up to the advanced level. By January 2014 at age 9, Madison competed one meet of level 3 in the TAAF program with Iarov Elite Gymnastics. After one meet of level 3, Madison moved up to level 4. In the Fall 2014 season, Madison competed level 5 and in the Spring of 2015, she competed one level 6 meet. In 2016, Madison competed one meet of level 7 at the Texas Prime Meet where she placed second on vault and third on floor. After the Texas Prime Meet, Madison moved up to level 8 and at her first level 8 meet, the Metroplex Challenge, Madison won the beam title with a 9.625 and placed third all around. At the 2016 Texas Level 8 State Championships, Madison finished 10th all around and qualified to regionals. Madison had her best meet of the season at the Region 3 Championships scoring a 9.700 on beam to take the beam title and taking home the bronze medal in the all around with a 38.050. Following the 2016 level 8 season, Madison began training with Texas Dreams. Madison began instantly improving, and at her first meet as a level 9, Madison won the beam title with a 9.725 and won the all around with a 37.775. Madison continued to have a solid season and at the Texas State Championships, Madison won the bars, beam, floor, and all around titles. Following her success, Madison competed at the Region 3 Championships and made the Region 3 Junior 3 Western National Championships Team. Madison had the meet of her life at Westerns; she won all four events and took home the all around gold with a 38.600. Madison became the first gymnast in history to win all five gold medals at Westerns and had the highest all around score out of all gymnasts at both Easterns and Westerns. Currently, Madison trains 32 hours per week at Texas Dreams Gymnastics under coaches Alicia Goodwin, Marcus Harlin, Kim Zmeskal-Burdette, and Chris Burdette. Madison is preparing for the 2018 season where she hopes to qualify elite. In the future, Madison hopes to earn a spot on the US National Team.